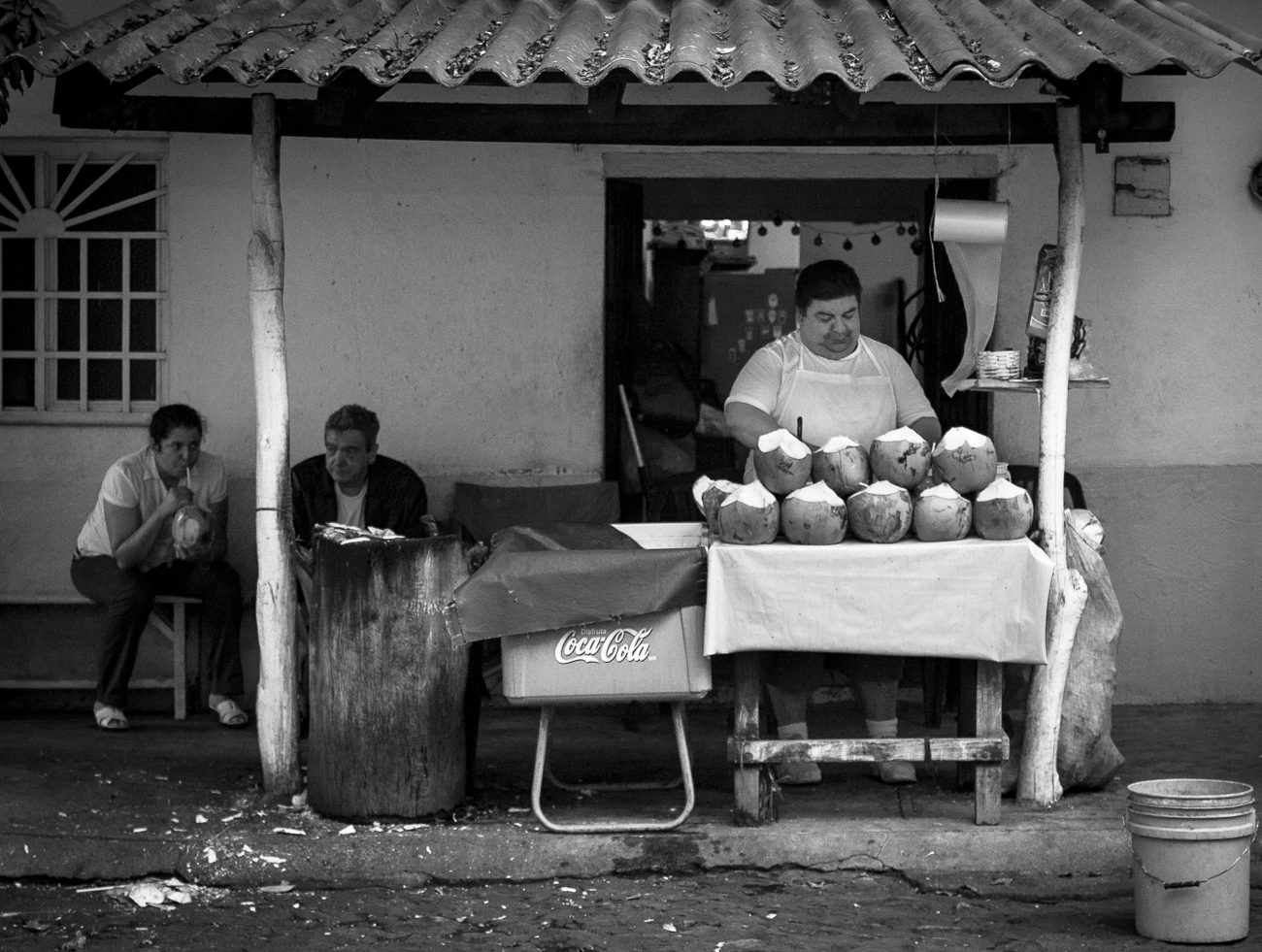 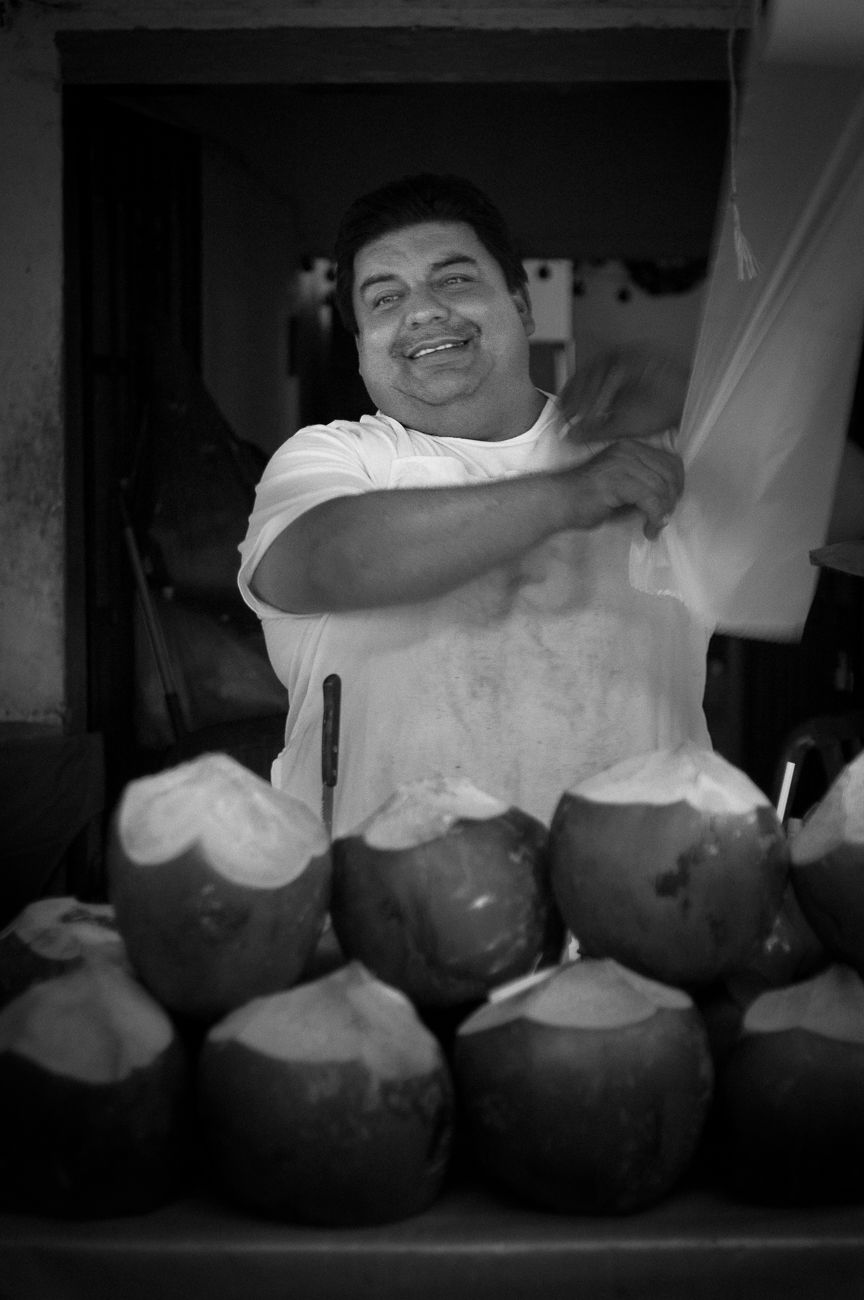 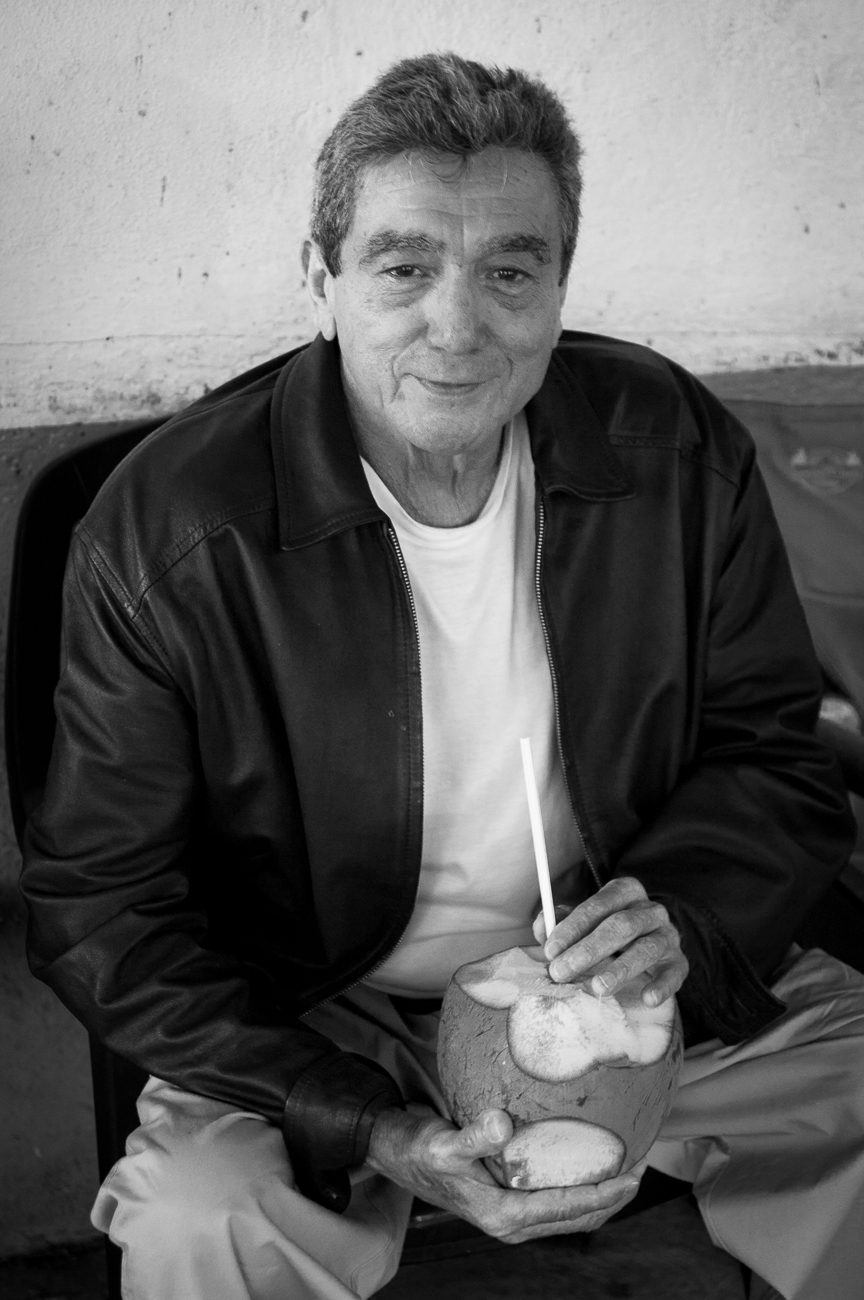 On my last day of shooting in PV I found this great little coconut stand. The vendor, Caesar Quintero (on the left) allowed me to take some pictures. As I approached closer, a couple of patrons took interest in my endeavor and we started to chat as I snapped some welcomed portraits of them. The gentleman was Enrique MuÃ±ozÂ (on the right); A Mexican Actor on holiday after starring in a series for HBO called Capadocia. I told him I was a filmmaker and we spent about 15 minutes or so encouraging eachother on our careers. Thankfully for me, he spoke good English. I think the women sitting next to him was his wife, but I’m not sure.