I hope you’ve been healthy and safe in these tumultuous times. Amongst a lot of catch up work—in life and business—I’ve been studying philosophy. In my latest research stream, I came across a book discussing the philosophies of Bruce Lee. It had been a while since I thought about Bruce Lee or seen any of his philosophical movies. But the book really spoke to me, so I decided to invest a little time in his life and work.

The Warrior Within: The Philosophies of Bruce Lee written by John Little, is a story about an artist who used philosophy to help guide him towards a balanced lifestyle of spiritual and commercial success—what most artists can only dream of.

As a child in Hong Kong, Lee was being bullied at school and sought martial arts training to protect himself. He learned the Wing Chun style of gung fu under the martial arts master Yip Man. And sums up his experience amongst his prolific writings:

Gung fu is a philosophy; it’s an integral part of the philosophies of Taoism and Buddhism, the ideals of giving with adversity, to bend slightly and then spring up stronger than before, to have patience in all things, to profit by one’s mistakes and lessons in life. These are the many-sided aspects of the art of gung fu; it teaches the way to live, as well as the way to protect oneself.

At 21 years old, Bruce majors in Philosophy at the University of Washington. He saturates himself in the writings of Lao-tzu, Confucius, Socrates, Plato, Descartes, and many others. And then self publishes his first book—Chinese Gung Fu, the Philosophical Art of Self-Defense.

The Warrior Within touches on philosophical concepts such as yin and yang, be like water, the need for honest self-expression, and the art of fighting without fighting. It then discusses how Lee expressed these in philosophical movies. One of his students, Daniel Inosanto, writes:

Enter The Dragon showcases the philosophy for the art of fighting without fighting and the need for honest self-expression.

Bruce Lee’s Chinese gung fu films stem from an explosion of swordplay films produced largely by the Shaw Brothers in post-WWII Hong Kong. They released up to fifty titles each year. One of their star directors Li Hanxiang started to combine Chinese opera styles and classical painting into his films, and the genre began to rise in artistic status. And with films like A Touch of Zen (Xia Nu, 1971), he began to infuse his films with philosophy—winning awards for technique at the Cannes Film Festival. And the Shaw Brothers swordplay epics started seeing widespread commercial success. At this time, Bruce Lee starred in his first leading role in The Big Boss, which launched him into stardom.

Three films later—in 1973—comes Enter the Dragon. And it’s the first Bruce Lee film to target an American audience. Much of the camera work followed the “zoom boom” trend of the ’70s. Innovations in zoom lens technology started to make them easier to use and more affordable. And as zoom shots started to replace dolly and crane shots—Cinematographers struggled with controversies over its artistic integrity. In Enter The Dragon—it helped Director Robert Clouse emphasize interpersonal moments in the middle of fight scenes without getting in the way of the action, using additional cameras, or taking the time to reshoot the scene on a tighter lens.

The film was shot in anamorphic on an Arriflex 35 IIC camera with Panavision C-series and Angenieux Lenses. And the film stock was Kodak 100T 5254. It takes a lot of light to expose such a film stock properly. And when shooting in Hong Kong with Chinese crew and equipment—Cinematographer Gil Hobbs didn’t have access to all the light control tools that were common in Hollywood. This might explain why the high key lighting approach feels more utilitarian than expressive.

What touches me the most in this film is Bruce Lee’s determination to express himself. In a new book written by Bruce’s daughter Shannon Lee—Be Water, My Friend: The Teachings of Bruce Lee—she accounts for how Bruce campaigned to change the title and how he rewrote the script to include the philosophical scenes and tune up any cultural discrepancies. While his push for changing the title from ‘Blood and Steel’ to ‘Enter The Dragon’ succeeded—his rewrite of the script did not. As a result, he refused to show up on set until the producers agreed to his rewrites. The producers fed the press a cover story—that he was too nervous to start filming. Meanwhile—for two weeks—Bruce held his ground. And finally, the producers gave in and re-issued the locked script with his rewrites. However, the cover story has held on for decades.

The release of Shannon Lee’s book this month is a nice coincidence. An excerpt from the book about the making of Enter the Dragon is available here.

Yu Yuntian. I met Yuntian when I was a teenager.  He had some film to process while traveling for an exhibit and came into the Wolf Camera and Video store where I was working. Somehow we got to talking—he told me about his next photo expedition to Tibet and invited me to come along. It caught me off guard, and I was certainly apprehensive. Still, I thought to myself—“wouldn’t it be nice to have such flexibility in my life, just to get up and go to Tibet…” I didn’t go on the trip, but he gave me a copy of his exhibition booklet and the photographs within have always been an inspiration for me.

Yuntian writes, “it is photography that has enabled me to find man’s value and his entire dignity throughout my endless journeys.” And like Bruce Lee and his philosophical movies, it was the spiritual nature of his own art that drove Yuntian the most:

I think that, in our attitude toward artistic pursuit, we should have a spirit of perceiving nature and observing life with a reverent mind, a religious sentiment that is strong and earnest. It is precisely here that ‘art is willing to walk hand in hand with religion’ (from Goethe). This is the revelation of religion.

Video I am enjoying

Bruce Lee “Lost” Interview from the Pierre Berton Show in 1971. In his films, his voice was always dubbed, and his lines were always scripted. This interview gives us the rare opportunity to hear him speak freely with his own voice in English. “Be water, my friend.” 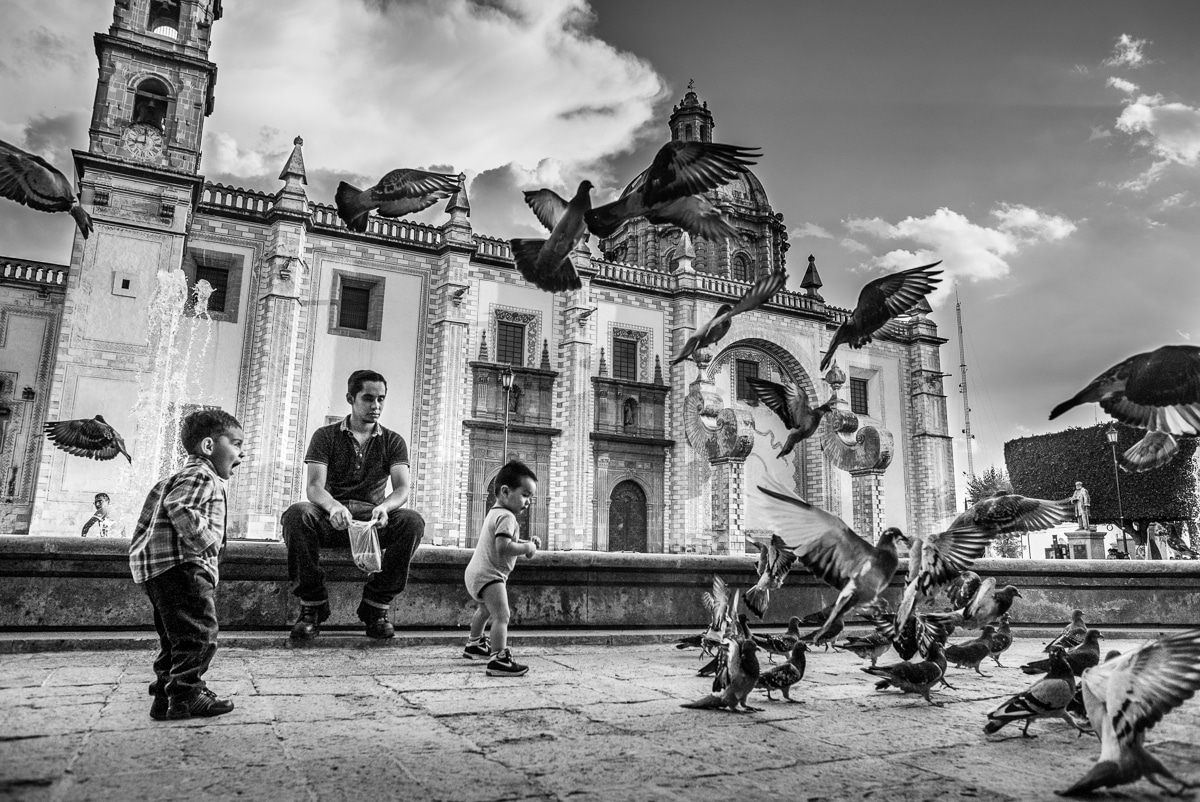 Photographer That Inspires Me

Arnold Newman is another photographer who’s work was imprinted upon me when I started studying photography in the 90’s. His portraits are so content rich and intriguing, it makes me wonder why our culture today is so obsessed with the “Headshot.” I suppose they have there place in certain industries. But the environmental portrait, popularized by Newman, is a glorious authentic outlook on the human condition. And in comparison the “headshot” just seems like wasted opportunity.

On March 25th, 1996 I was lucky enough to attend a lecture of his sponsored by Canon. I saved the program and here it is.

The Look of Parasite made by the Hurlbut Academy is an inspiring breakdown of the visual devices used to evoke specific emotional responses in the storytelling and how these visual ideas started early in the script writing process. 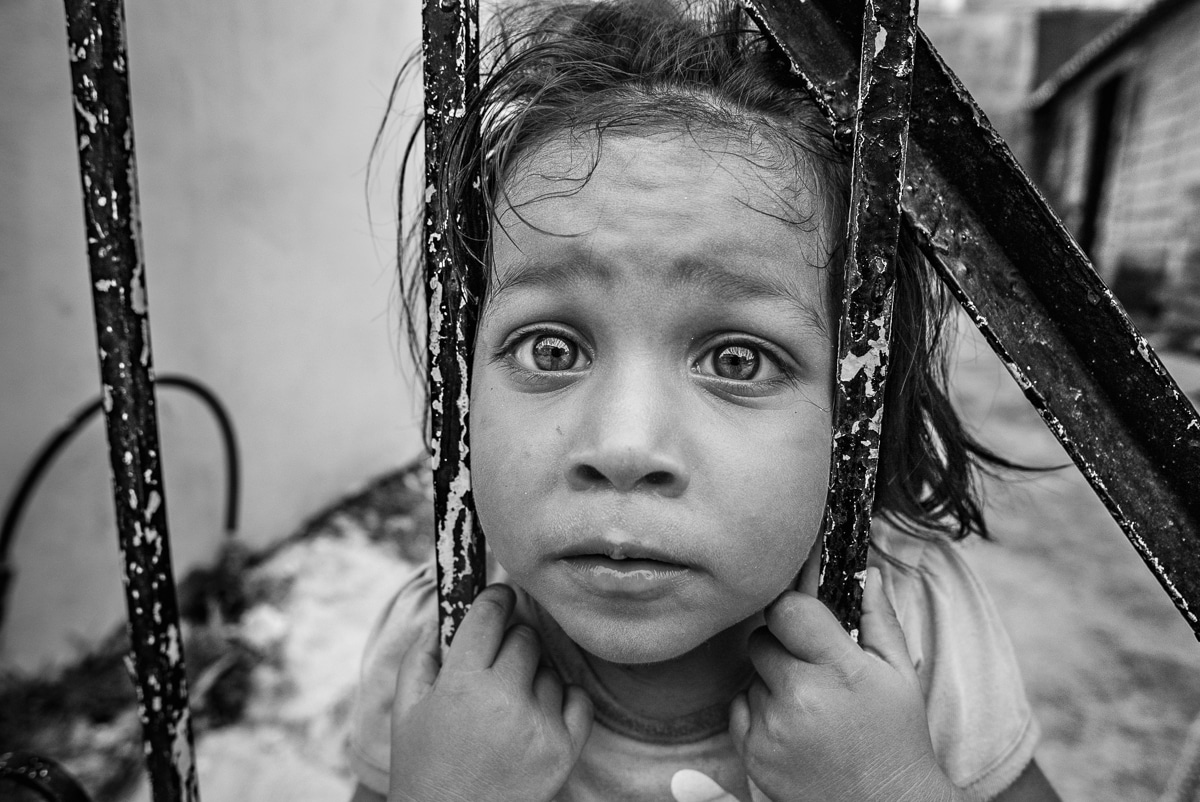