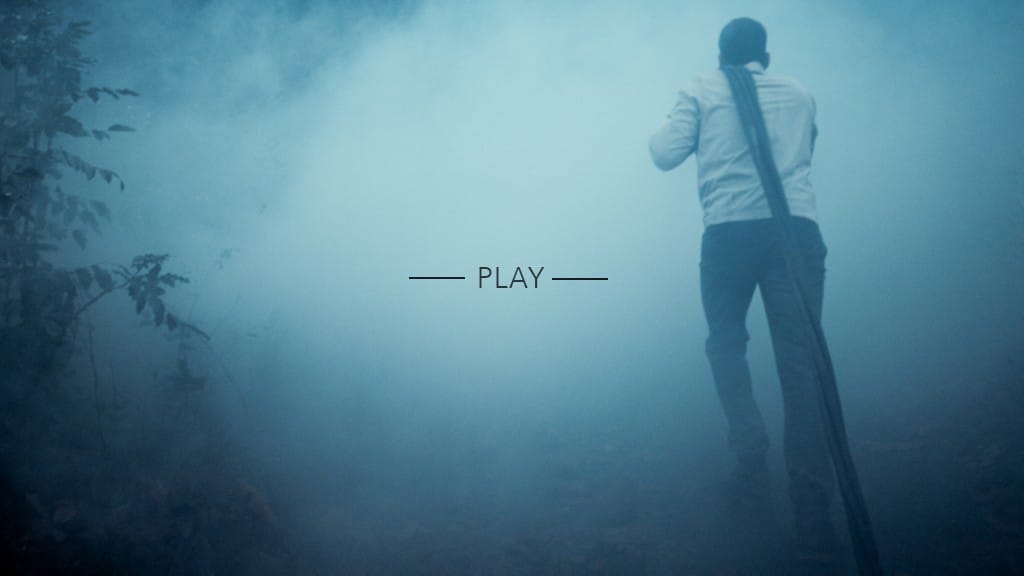 Spiritually and scientifically, light is life. And a movie is often a lifetime of emotions. So before thinking about equipment or logistics, I have to spend time with the director and try to get inside his or her head to understand light from the director’s perspective—to understand her vision and where it is coming from.

I dedicate myself completely to the director and must be an absolute slave to the screenplay—using my poetic sensibilities to translate the written word into a merging of light, shadow, color, shape, and pattern.

I read the script and find something that motivates and inspires me. I read it again and again until I completely understand the conflicts between darkness and light, the fundamental truth, and how it all comes together to make up the story.

This allows me to approach each film as its own universe stemming from the director and what he wants to express. And to represent the characters’ lives through a journey of light reflecting the drama’s unfolding nuances. I want the director to feel like we created something original that belongs to us—the filmmakers. That belongs to the movie and identify’s with the movie as a sort of branding—a completely self-contained work of art.

It’s not mechanical. It’s emotional–you feel it–and it comes from the soul.

After wrapping The Republic of Rick, Director Mario Kyprianou told me this, “I call you the Doctor because it was like watching a surgeon at work, and I was proud to have you on our production. I think you’re what every director would look for in a director of photography. You need to be commended for your work ethic and ability to lead the crew. And also for your steadfast focus on what will be aesthetically best for the film.” – Mario Kyprianou, director of The Republic of Rick.

The Look of Harmonia; making an experimental film
The look of Separated, a miniature short film about adventure and romance
Three examples of how cinematography serves a film director’s vision

Color Correction on a low budget film seems to elude a lot of filmmakers. When meeting with new directors I often find myself discussing the process and why it’s so important. Often times the discussion can go on for awhile and distract us from what the meeting should really be about–the director’s vision. So, in lieu of these distracting conversations I am writing this article to point people to.

Color Correction is not just merely a tool for fixing mistakes. It is the crucial last step in fulfilling a director and cinematographer’s vision. And reinforces the illusion that every shot in a scene was captured in real time, even though some of those shots might have been filmed hours, days, or months apart using different cameras, lenses, and film stock. Moreover, it allows the director and cinematographer to emphasize certain locations, scenes, and emotions, resulting in an emotionally enhanced experience for the audience. But as schedules shrink and budgets tighten, color correction becomes more challenging. A well sought after solution is to manage the look of the images on set with one of many workflows currently available. However, this isn’t always a practical approach for color correction on a low budget film.

Here is a breakdown of three different approaches on three of my low/no budget films.

When shooting this 35mm short film for director Ray Vernazza–we spoke at length regarding our approach to the post-production workflow. We wanted to color correct and finish on film but didn’t know if the funds would be available when it came time to conform the digitally edited movie. So, to be on the safe side, we decided to supervise the dailies transfer at Technicolor and rough in the look of the film–knowing that additional corrections would be simple enough for the editing software to handle. the approach paid off because we never got passed a digital release of the film. Moreover, I was always confident the film would look good when screened during earlier stages of the editing process.

For a digital sitcom pilot I shot recently for director Eric Somers there was no money available for color correction and the director was doing the picture edit himself. He had assumed we just wouldn’t do any color correction but when I offered to help him find a solution and donate some of my time, he became enthusiastic. I knew he was editing the film with FCP X, so I spent about an hour watching some tutorials and familiarizing myself with the color features before sitting down and attempting to use the software for the first time. I calibrated Erics monitor using a Spyder 3 pro device and after working with the first few scenes, became comfortable enough to move forward with confidence. The end result wasn’t ideal but I was able to achieve the basic look we had in mind and fix any shot-to-shot matching issues resulting in a quality finish.

For another digital project directed by Jon Hampton there was a small amount of money available for the color correction. I had just seen a series of great shorts at the LA Film Festival and noticed they were all colored by Color Space Finishing. We contacted Peter at Color Space and he told us about his career working as a studio colorist on shows like NYPD Blue. Then he told us how he started a boutique color correction business so that he could cater to passion projects and up and coming filmmakers. And while his rate may have stayed the same, he didn’t have to charge clients any facility fees–he was running his business out of a room in his apartment.

So we told him about our project and its short running time, then discussed the look we wanted. He agreed to work on the film within our budget and by the time I came in to look at the progress, I was 99% satisfied. We did one tweak and it was ready for final output. This led me to hire Peter for my 2nd feature, Teacher of the Year directed by Jason Strouse on a micro/no budget. Peter finished the Color Correction last week, just in time for the Sundance Film Festival submission deadline. The Producer, Director and myself are very happy with Peter’s work.

Regardless of your system of choice, its best to collaborate with a professional colorist whom has access to good color balanced monitors. Recently I have found this route to be at least approachable for color correction on a low budget film project. Its also a great way for up-and-coming directors to become familiar with the process and discover the ways color correction can enhance a film’s visual impact, raise production value and compete with and/or surpass bigger budget projects.