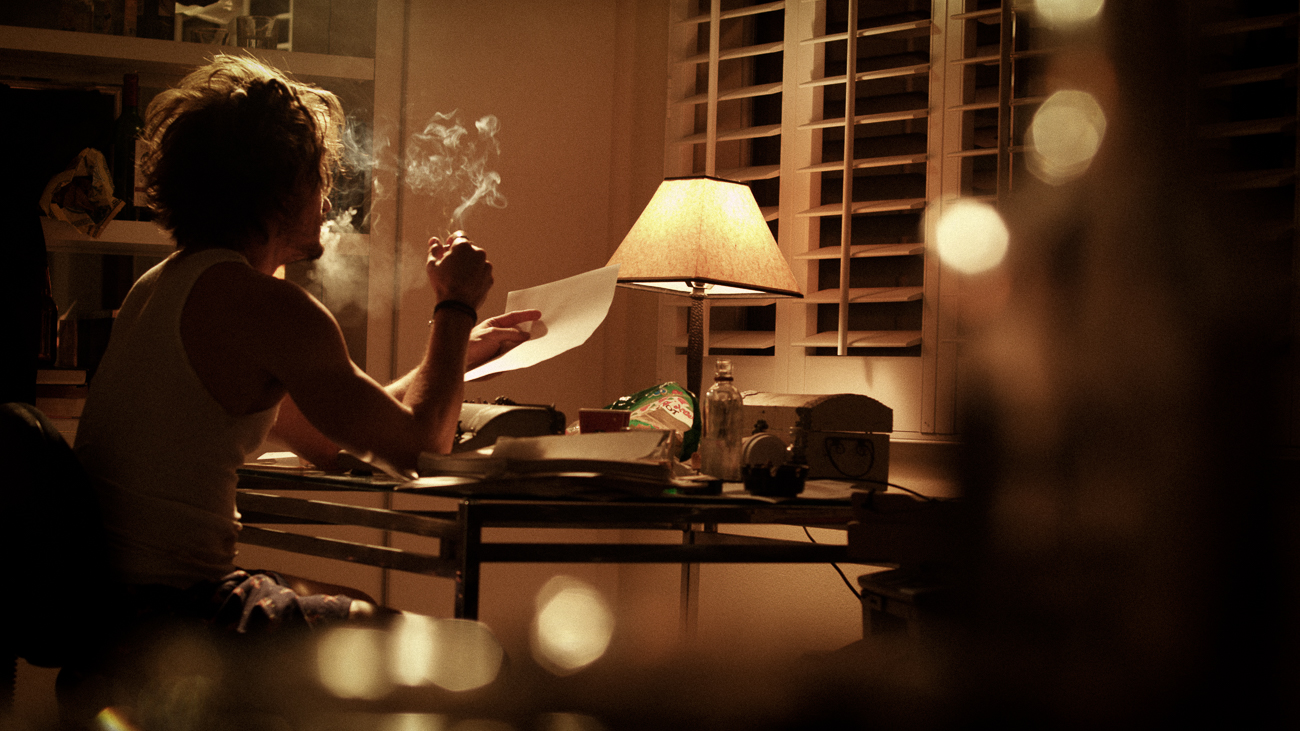 A Los Angeles screenwriter with a severe drinking problem meets a mysterious stranger in a bar one night. Based on Lance Dean’s short story Buy Me A Drink Nate, I Promise To Take You Home–this film is my first collaboration with director Christian Elder.

In this dark but cheeky film noir short film, a mysterious stranger mistakes a screenwriter for a long lost friend. And during an all-night binge, the stranger pays for all the drinks. But in the dark hours of the next morning, the writer is seduced into committing a hideous crime.

With six practical locations around the Los Angeles area–a three-day shooting schedule and a very small crew–this film proved to be an extremely challenging exercise in the minimal preservation of artistic integrity.

I started work on the film only a few days before principal photography began. Thankfully, we were able to scout all the locations within those few days. And this gave me a chance to think ahead and prepare for each day’s shoot.

We had a three-ton grip and lighting package but never used more than three or four lights for most set-ups. Kino Flos and peppers served as our workhorse lamps. And with budget and story in mind, we chose to shoot in 4K with the Red One MX and a set of Red Pro Prime lenses.

Elder wanted a dark and dingy noir feel to the images and this excited me. I imagined a similar look when reading the script and relished the opportunity to bring light into the dark. The meaning of light is more emphasized when fighting its way through darkness. And you can treat it more as a character–an arc of light that takes you on a journey through the film. 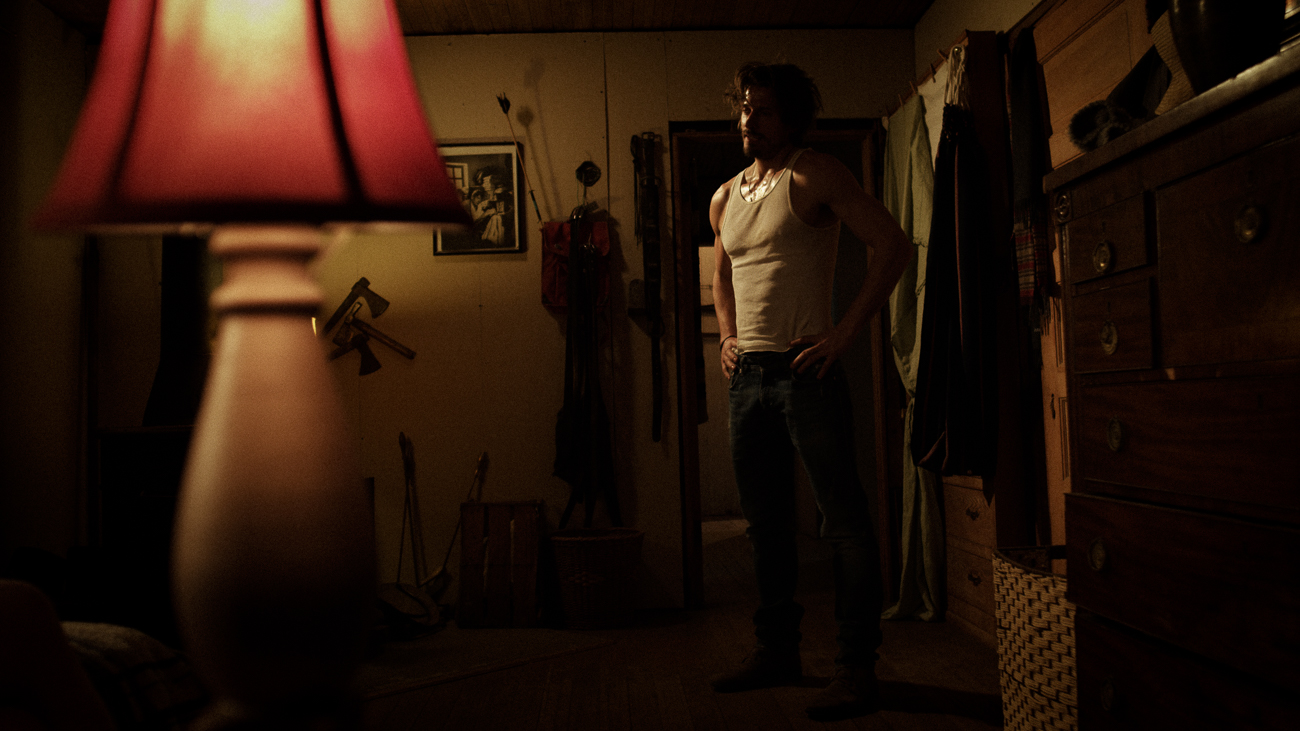 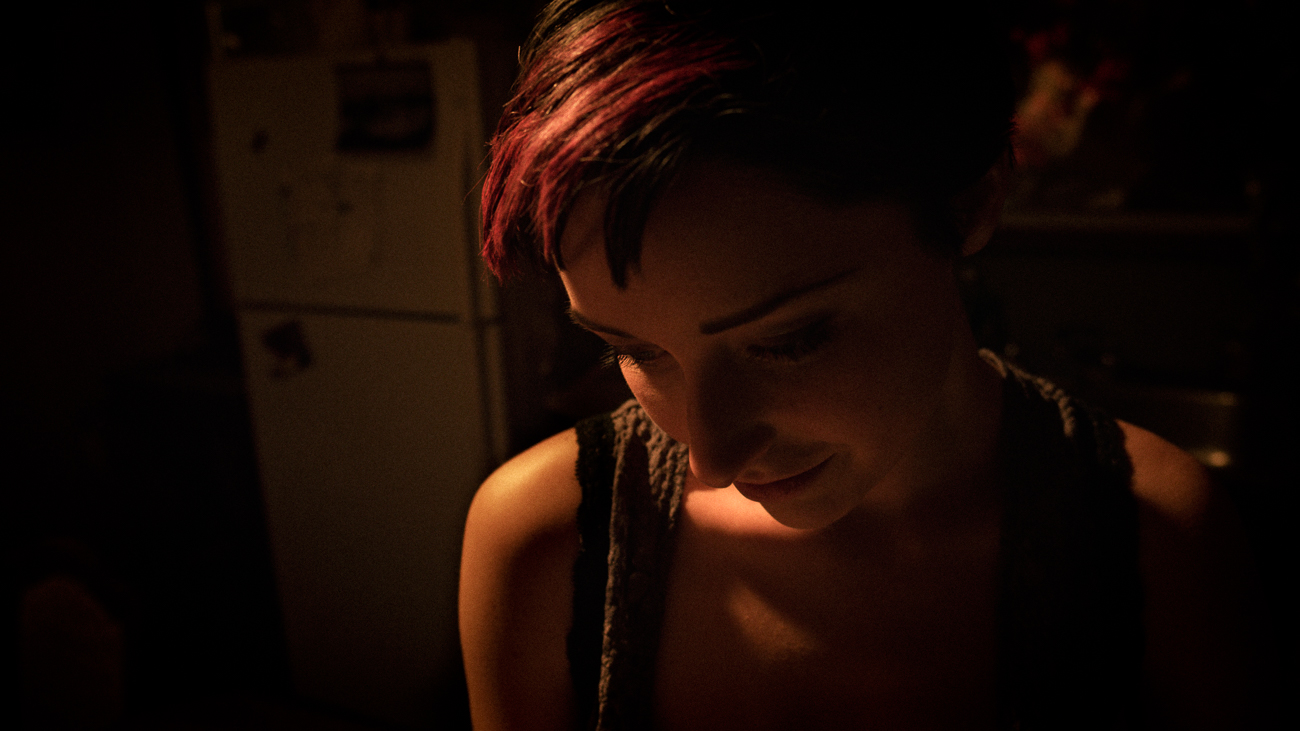 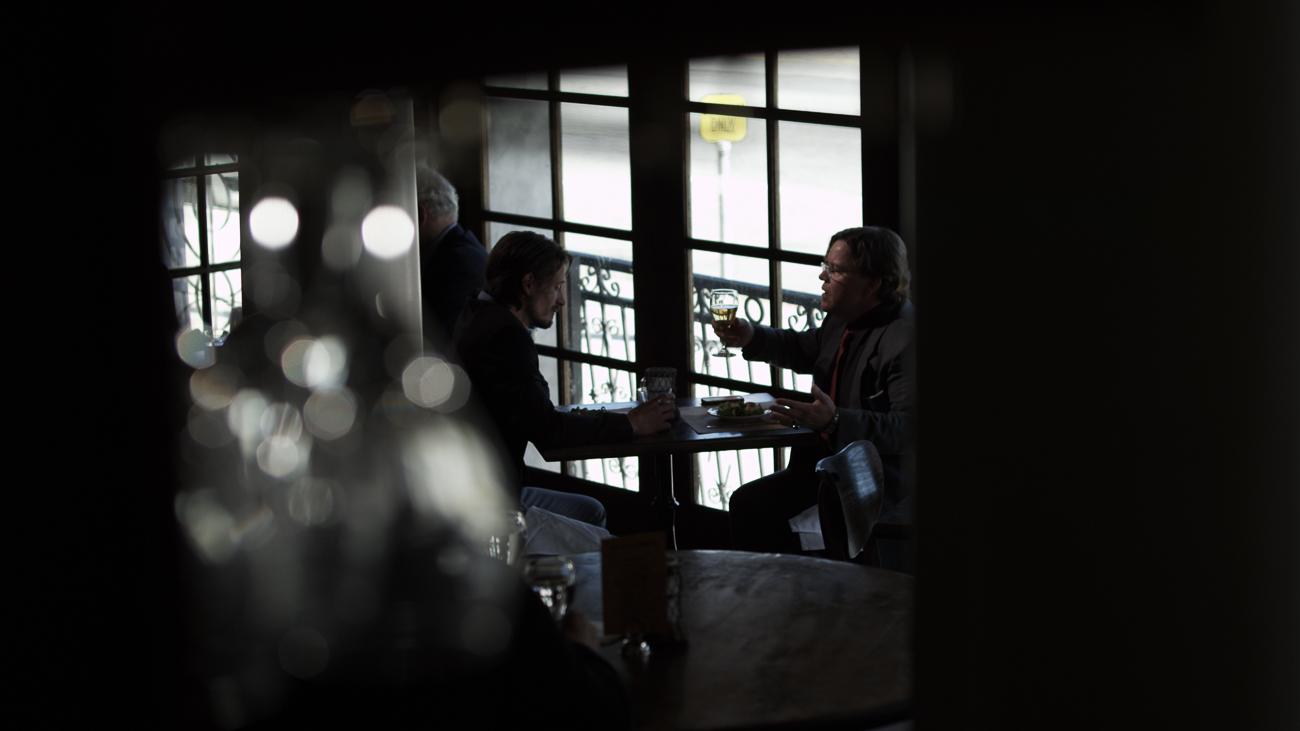 To help keep things simple and efficient, I worked with a monochromatic palette based on the natural light of each location. For Interior day work, the action was always set against big windows. And we didn’t have the resources to balance the exposure inside and out. My general rule of thumb was to color balance for the exterior, protect the highlights, and allow for a dark interior. But not too dark. We added what we could–a 2k with full blue and/or a 4×4 daylight Kino Flo. At the restaurant location, we took advantage of foreground elements such as glasses and bottles to hide parts of the location we didn’t want to see.

For night work, we motivated everything from practicals. At the house location we went for a consistent black and gold look. Peppers augmented practicals and I set the camera’s color temperature to 8000° Kelvin to bake-in a warm look that was part of the protagonist’s character arc. When he enters a cold dark place in his mind he is also entering a cold dark place in the house. For instance, as he is preparing to commit the “hideous crime” he is in a warmly lit bedroom being seduced by two beautiful women. But as it comes time to execute the crime, he travels through a darkening hallway into a darker cold bathroom were the crime takes place.

For an exterior night scene at the same location, we couldn’t find anything to motivate the light. But we wanted it to look very urban–as if the moon was obscured by all the infrastructure built up around it. We went with a sodium vapor look–as if coming from the lights of a nearby industrial center. And used a 2K tungsten Fresnel for backlight and tungsten balanced Kino Flos for fill, key, and background light. Then once again I set the camera’s color temperature to 8000° Kelvin as a time and money-saving alternative to gelling all the lights.

Check out the links below for access to the full-length film noir short film, trailer, behind the scenes and more. 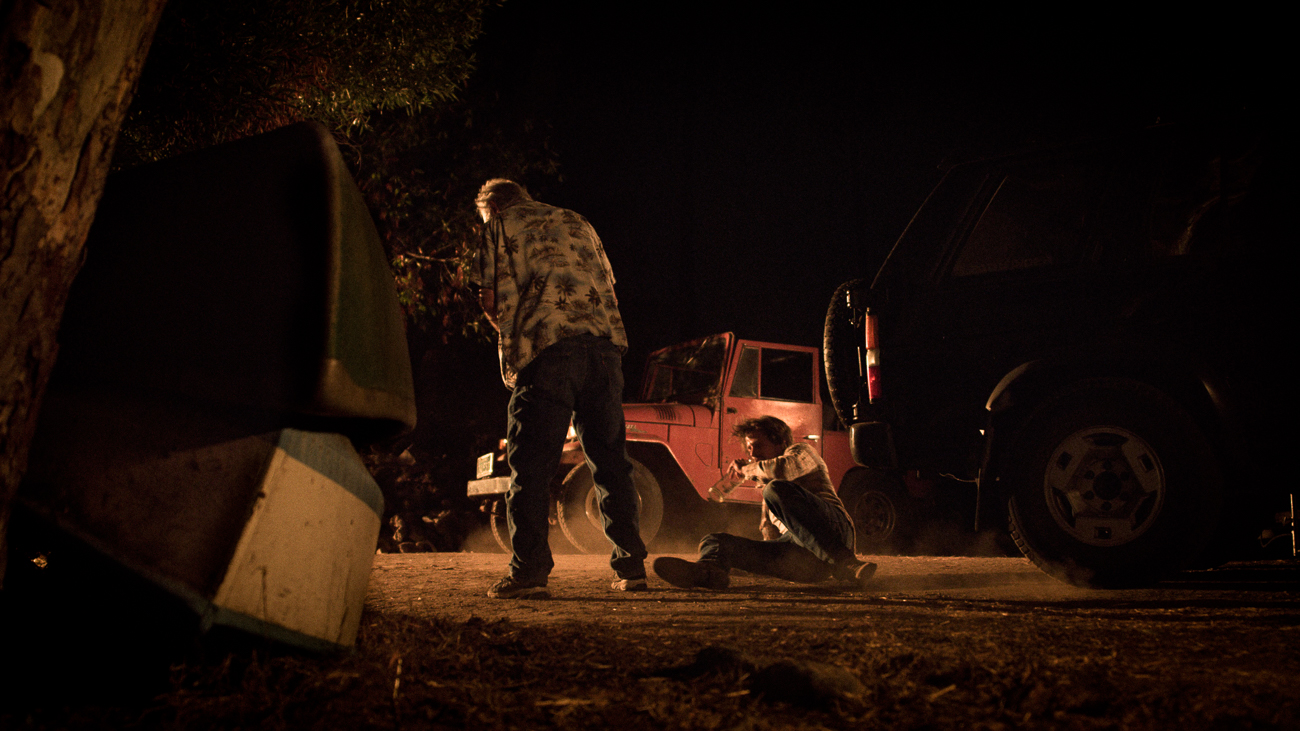 *All images are frame grabs from the 4K raw footage and copyright 2012 The Big Meet, LLC