Earlier this year, I shot a comedic short film written, directed, and produced by Jan Tussing called The Homecoming. It’s about Jonas, a gay Mormon student who runs away from his problems rather than confronting them head-on.

To frame a distinction between Jonas’ conflicting worlds as a young gay man and a practicing Mormon–I used lighting and lenses to produce two distinct looks.

In a house that Jonas shares with a hippy roommate, I used strong backlighting and soft fill to highlight the colorful production design by Marcella Brennan. And the use of wide lenses emphasizes the levity and freedom of this world.

When Jonas goes to see his Mormon family, I used tighter lenses for a more claustrophobic view. And to invoke an exaggerated conservative feel, I did away with the backlight and used a soft key to play off the muted colors of the location and wardrobe provided by Julius Bronola. 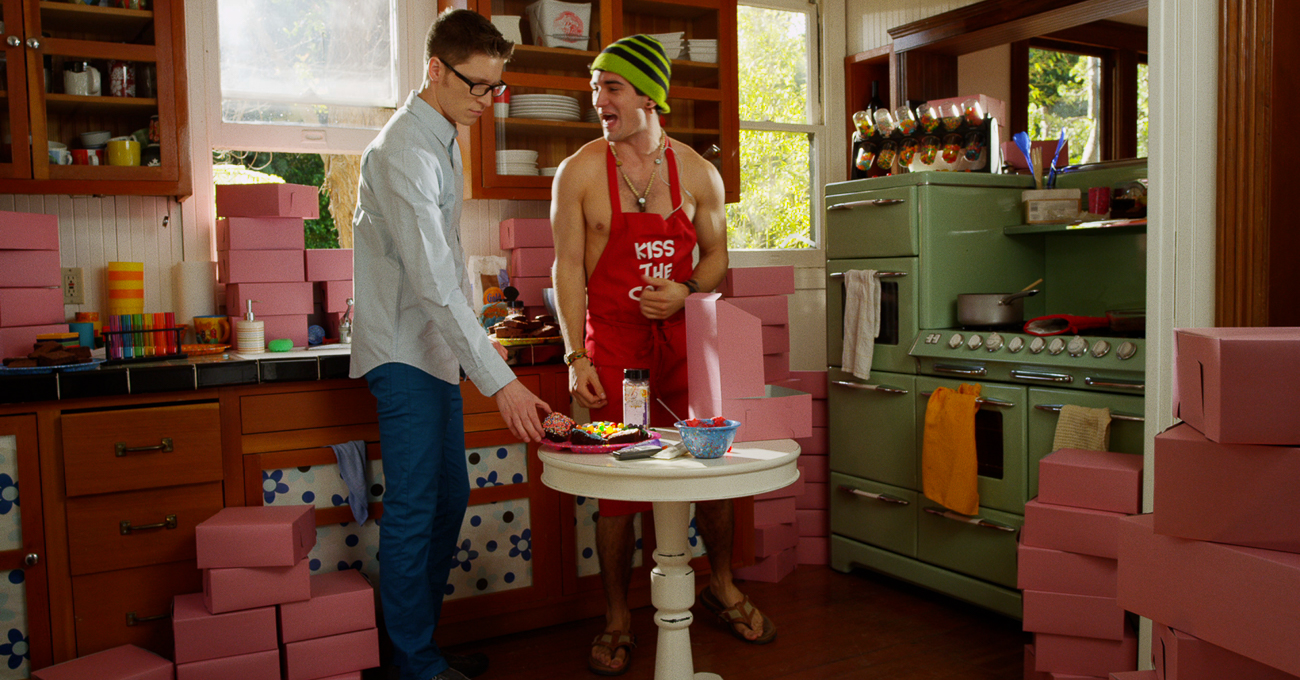 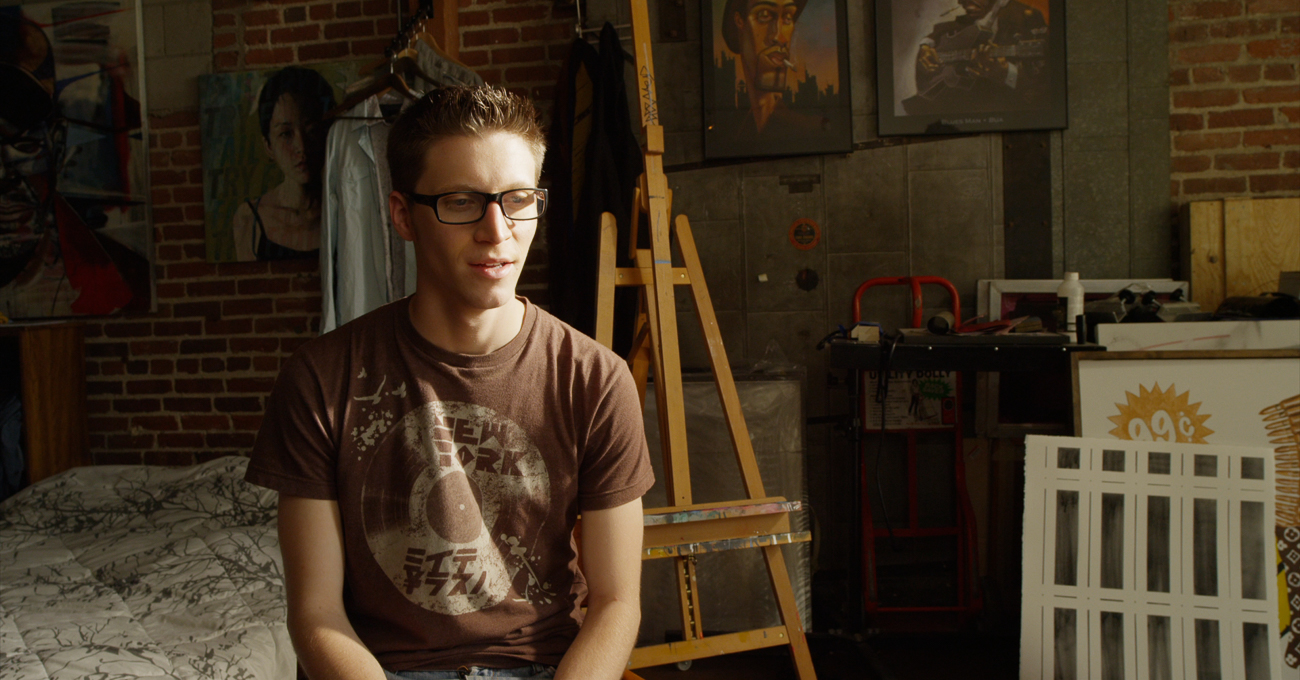 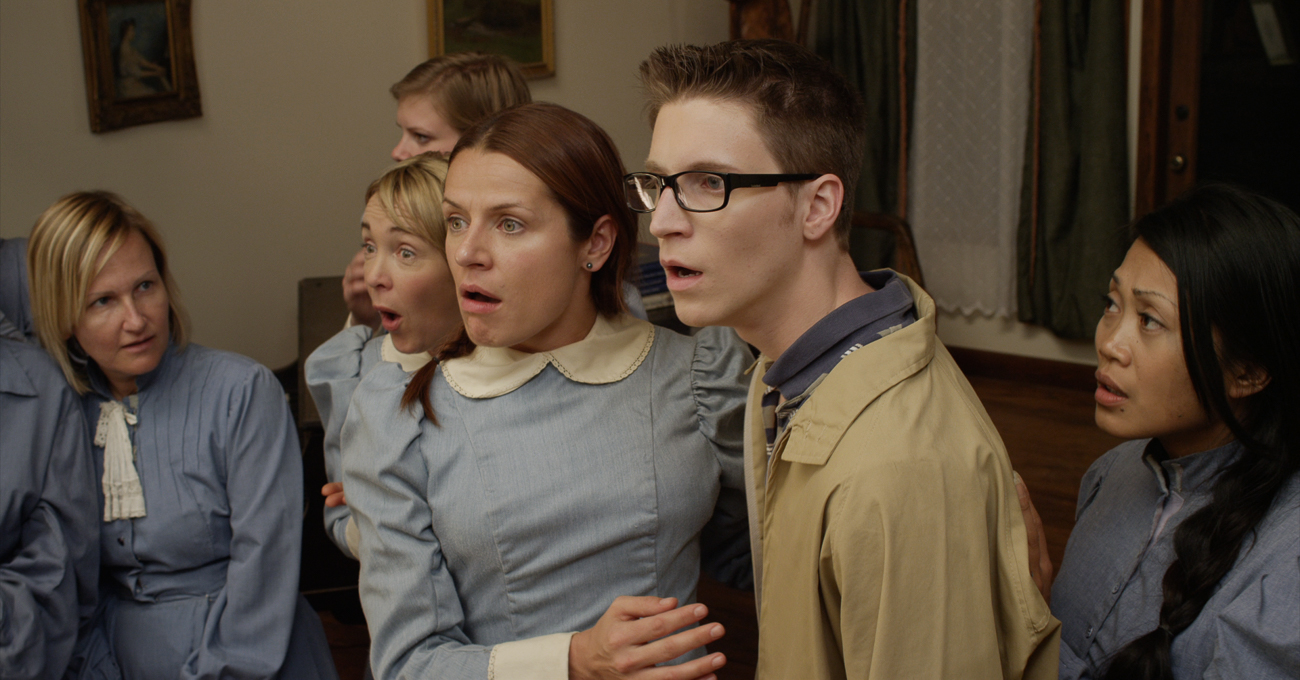 To bridge the gap between these two worlds and give Jan some desired kinetic camera work–I operated the camera handheld for most of the film. But it was important to keep the movement subtle so as not to distract the audience. Exceptions were made for a dolly shot which introduces the Mormon home. And a Steadicam was employed for a hiking montage and a 360 at the film’s ending.

Montage of select shots, Spiegel Magazine Behind the Scenes Featurette